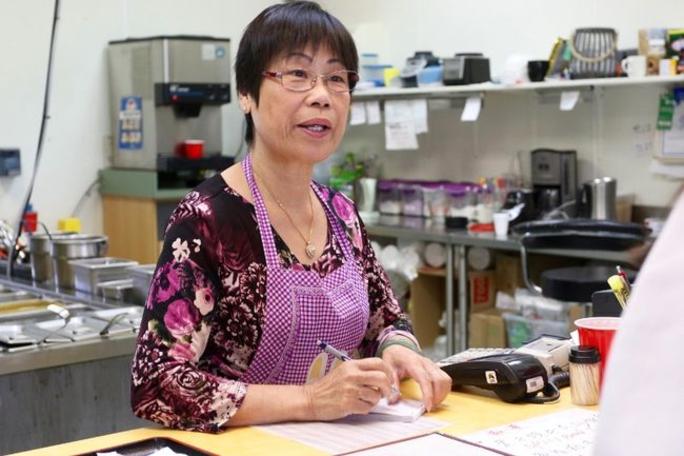 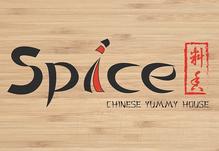 Part 6 in a series about hidden gem eateries tucked away in the region’s strip malls.

Richard Lin is deliberate in his choice of words when I ask for a cup of tea.

“Would you like some Chinese-Chinese tea?” he offers me, his eyes widening in anticipation of my answer.

His repetition of Chinese makes it clear that the black and red blend of steeped leaves we’re about to drink isn’t watered down by Canadian influence. It’s the real thing — tea that’s authentically Chinese, like everything else on the menu at Spiice Chinese Express in St. Catharines’ south end.

That means if you’re looking for hot and sour noodle soup made with traditional potato glass noodles, fermented vegetables, black “Chinese-Chinese” vinegar for kick and enough chili oil to coat your tongue and make your brow glisten, you’re in the right spot.

If it’s chicken balls you’re after, though, those aren’t Chinese-Chinese, so you won’t find them on Spiice’s menu.

“All the other restaurants we see, it’s modified for local people,” Lin says. “We went the other way. We kept it the original way to give people traditional tastes.”

With that, Spiice fills a void that the dingy sandwich and pizza joint that came before it in this strip mall across from Brock University couldn’t.

Virtually at the doorstep of Brock’s International Centre, which hosts hundreds of Asian students learning English before going on to earn degrees, it satisfies cravings for home in the most sublime way possible: with food.

Since opening Spiice last October, Lin, with the help of his parents Jerry and Jin, have created an almost insatiable appetite for their food among the rest of us looking for more than battered chicken drowning in atomic orange sauce.

Their regulars have unwavering loyalty to the Lins’ rice dishes and unctuous noodle soups, which could once only be found in the Chinatowns of big cities. Many come in weekly or more often for a fix.

“They try ours and they say, ‘Wow, yours is different. It reminds me as if we’re actually eating in China,’” Lin says. “If you go to China, you eat this way and that’s what we wanted to do when you eat here.”

It wasn’t an easy feat to achieve at first, however.

The Lins are experienced restaurateurs, also running the Lotus Garden in Niagara Falls, where Jerry has cooked since arriving from China about 30 years ago. When they opened Spiice, they had to search beyond Niagara for ingredients to make their Cantonese and Szechuan dishes.

“In the beginning, I had to go to Toronto to buy a big truck of stuff to have it,” Lin recalls.

Now he has the supply and the system of running Spiice down to a fine art.

The family knows their audience at the no-frills eatery: rushed students, professors and other professionals working in the area. So they arrive early in the morning to prep for the day ahead, making soup bases and getting other ingredients ready to hit the burner as soon as an order is placed.

During the lunchtime swarming of hungry customers, Jerry, Jin and two kitchen helpers take their posts at their respective stations, running the stove, overseeing the plating of noodles or rice, or handling the beverages.

Lin prides himself on turning out meals in five minutes for under $10, keeping true to the Express in the restaurant’s name. (Only the hot and sour fish filet rings in at $10.) The final bill itself is a draw, including for Brock students Eleesha Perri and Aatif Sattar, who love Spiice’s food so much, they now help with social media and marketing.

“Food at Brock is very expensive, so it’s nice to have another option than McDonald’s or Tim Hortons,” Perri said. “But what really kept me coming back is it’s run by a family and their close friends.There’s a warm feeling.”

Whatever the order, taken at the counter by the smiley Jin, whose nickname is Happy, it comes on disposable dishes easily converted to takeout containers for leftovers or those who prefer to eat lunch al desko at the office.

“The process is very, very important to reduce time. It’s all in the preparation,” Lin explains. “The next thing is the chef’s ability to make the food for us and to make it consistently.”

That’s been a large part of Spiice’s recipe for success. The 28 seats fill quickly during rushes, so Lin has plans to expand into the neighbouring empty storefront by August. The addition will bring with it an expanded menu of snacks and desserts. It will also have more of a lounge feel for people to relax with bubble tea or that “Chinese-Chinese” tea.

“When the students are here, we’re packed. There’s always lineups,” Lin says. “We have so much momentum going. When we opened, we didn’t expect this.”

Strip Mall Gems is a monthly feature of Eating Niagara that focuses on the standout eateries sandwiched between the convenience stores, laundromats and shops in our plazas throughout the region. Got a favourite hole in the wall I should know about? E-maileatingniagara@gmail.com or tweet @eatingniagara.

Link to this news article.